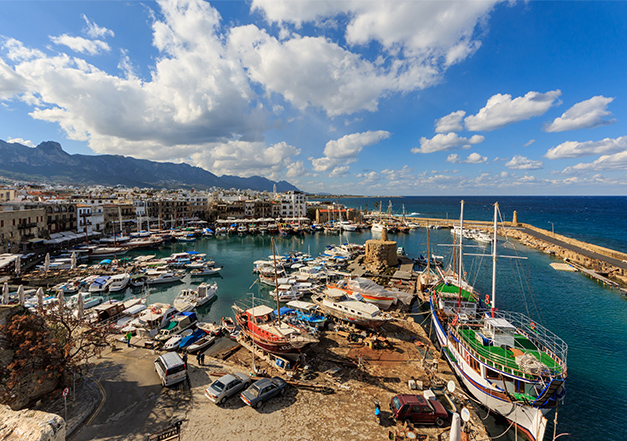 Girne Girne is the pearl and apple of the island of Northern Cyprus. The city and its surroundings are the island's most popular holiday resorts. According to some rumors, the city BC. It was founded by the Achaeans in the Xth century. Its founders named the city Kyrenia, which is the name of a mountain in their country. Another rumor is that BC. IX. It is the Phoenician who settled here in the 19th century and established trade colonies. The name of the city is mentioned as Corineum in Roman sources. The history of the city is the same as the history of the island, it was plundered by Arab pirates several times during the Byzantine period. One of the most interesting historical artifacts of the city is Girne Castle. Along the port, there are restaurants, bars and open-air cafeterias that offer other dishes besides Turkish cuisine and our country. Places to see in Kyrenia include Girne Castle, Beylerbeyi, St. Hilarion Castle, Hz. Omer Tomb,There are Sunken Ship Museum, Bufavento Castle, Peace and Freedom Museum, Folk Art Museum, various churches and monasteries.

""The Blue Mansion is also known as the smuggler's mansion. The reason why it is called the mansion of the smuggler is that Paulo Paolides, the owner of the mansion, made a fortune by smuggling weapons under the guise of a lawyer and had this mansion built. Paulo Paolides was one of the biggest arms traders of the period. The mansion is one of the places that must be seen when you come to Cyprus. Detailed information. You can reach the blue pavilion section of our site by clicking the picture of the mansion.

One of the important places of visit and dedication in Cyprus is Hz. Omer Tomb. The building is located on the coastline of Çatalköy, approximately 4 km east of Kyrenia. Hz. Omer Tomb contains the tombs of 7 Islamic fighters whose names are unknown. The tombs belong to Ömer and six of his friends, one of the commanders of the Muaviye army. They were martyred next to the present shrine (AD 647). Their bodies were buried in a cave there. According to some rumors, the seven graves in the shrine were built as "Maqam Mausoleum" in order to consolidate Islam in Cyprus. According to some rumors, after the Ottoman conquest of Cyprus, the remains of the corpse were removed and buried in their present location. Later, a mosque was built here with this tomb. For this reason, Hz. Omar is named. Hz. Omer Tomb,It was occupied and plundered after the 1963 Greek attacks. Later, it was declared a military zone and the Turks were banned from visiting the tomb. Destroyed several times by the Greeks and damaged by lightning in 1974, the building partially lost its characteristics as a result of the unconscious repair in 1978.

The castle got its current name from a saint who immigrated to Cyprus after the Arab conquest of Jerusalem and spent the last years of his life worshiping there. Later, it is observed that a church and a monastery were built here in the 10th century. At an altitude of 700 meters above sea level, St. Hilarion Castle was built on a twin nose. Although the exact construction date of the castle is not known, it is believed that it was built in the 10th century AD to defend and control the island against Arab raids from the north. However, Bufavento, built with the same purpose, is estimated to be contemporary (at the same time) with the Kantara and Girne Castles. The information that the castle was a Byzantine structure and that it existed when the English King Richard Arslan Heart invaded the island in 1191 has survived to the present day.Despite this, the first historical sources from the castle were Emperor II in 1128. He talks about Frederik's willingness to rule over Cyprus. They built 500 meter long walls and 9 bastions in the form of a circle surrounding the castle. The castle consists of three main sections, each with its own cistern (water tank) and supplies stores. The first of these is the Lower Castle, which was built at the lowest level, and was built for horses and soldiers. It started with a defensive place surrounded by walls protecting the main entrance. In Orta Kale there is the monastery area and the Saint's place. In the Upper Castle, there are palace rooms, king's palace and kitchen. The Venetians, who captured the island in 1489, did not have the power to defend the castle and destroyed the castle in order to prevent it from falling into the hands of the Ottomans. After this event, the castle was not used for military purposes until 1964. Upon the Greek attacks in 1964,The Turkish Mujahideen, who evaluated the strategic position of the castle, settled in the castle and started to defend again. The Greeks who attacked the castle in April 1964 were repulsed by a handful of Mujahideen.

Kyrenia castle is one of the impressive castles on the Mediterranean shores that have survived from the Middle Ages to this day. Located in the north east of Kyrenia, the castle overlooks the harbor and was built in a rectangular plan. Ancient sources mention the castle for the first time when the King of England, Richard Arslan, who participated in the Third Crusade in 1191 AD, defeated the King of Cyprus Isak Komnen and conquered Cyprus. Although the exact construction date of the castle has not been determined until today, the researches carried out in and around the castle tell us that the castle was built in BC. III. and II. It shows that it was built in centuries. It is assumed that Girne Castle, one of the rare ruins in our country, was built by the Byzantines to defend Kyrenia against the constant Arab invasions to Cyprus. Girne Castle went through various changes during the Lusignan period. It took its final shape in the time of the Vedenites and has survived in that form until today. The inhabitants of the castle, which was besieged by the Ottomans in 1570, surrendered without trying the power of the castle, so they unknowingly played an important role in keeping the castle intact until today. During the Ottoman period, the suspension bridge of the castle was demolished and a new bridge was built today. After 1946, the castle was used as a police college for a while. Later, the castle, which was used by the British as a prison to imprison the revolting Greeks, passed to the Turks with the 1974 Cyprus Peace Operation.

Bufavento Castle, St. Together with the Hilarion and Kantara Castles, it is part of the chain of warning created to defend the island against Arab raiders. Since the castle was built on a very windy hill, it was named "Bufavento", which means "not afraid of the wind". Although the exact construction date of the castle is not known, it is mentioned when Richard Arslan Heart conquered Cyprus. According to some rumors, the daughter of Isak Komnenus, who declared herself the King of Cyprus, surrendered to Richard, who took her from this castle. Bufavento, like other castles on the island, has a story about a queen who once ruled in Cyprus. When Cyprus came under the rule of the Templar Knights, he had a leper Byzantine princess and a dog with the same disease. The princess and her dog were confined to the Bufavento castle.For a while she noticed that the princess dog's skin was slowly improving. The princess then sees her dog bathing every morning in a spring below the castle. So every morning the princess goes to this spring and is washed. After his complete recovery, he built the first of the temple known as the Ayios Ionnis Chrysostomos Monastery where the source is located. The castle was used as a prison between 1382-1398. During this period, the name of the castle was Lion Castle. When the island fell to the Venetians in 1489, the castle lost its former importance. The Venetians paid more attention to the seaside castles for the defense of the island.

The shipwreck exhibited in the Kyrenia Castle is known as the oldest among the shipwrecks ever found. It belongs to the periods when naval ships of the Hellenistic Kingdoms were founded in the Mediterranean after the death of Alexander. It was first noticed by a sponge hunter in 1965 at a depth of 3 meters from the water, 1.5 km off the coast of Kyrenia. This museum was opened to visitors on March 3, 1976, as a result of the arrangement of the Lusignan period guard rooms located to the east of the Girne Castle. This old boat sailed in the Mediterranean, BC. It sank due to a storm in the open sea in 300 years. Carbon 14 tests applied to the almond residues found in the wreck date back to BC. He gave the date 288. The carbon 14 tests applied to the timber from which the ship was built, on the other hand, were found in BC. It was built in 389, in other words, it was in the 80s when it sank. The items found on the ship indicate that the ship was a merchant ship and had a crew of four on its last voyage. 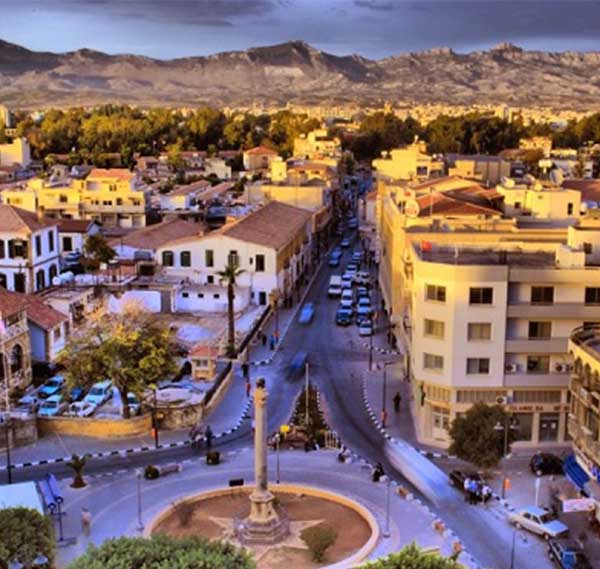 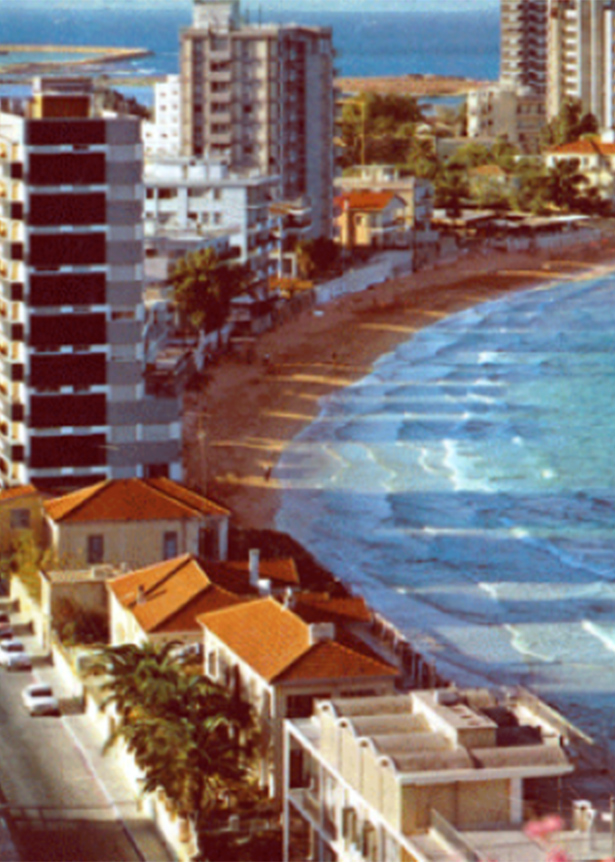 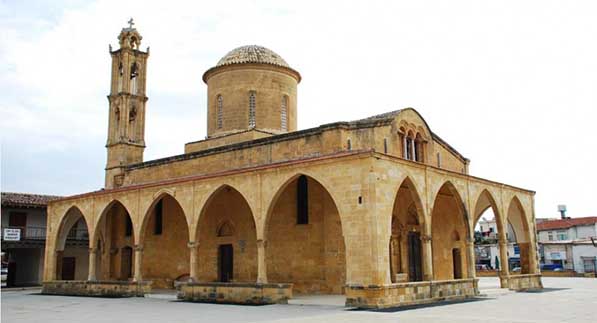